Hoshino Resorts KAI Izumo resides in Izumo, a region full of mythical aspects where the legend has it that the gods get together once a year. This region has a high reputation for rain, and it is also known as the City of Water. Rainy seasons sometime evoke negative connotations, but in Izumo the rainy season is a symbol for fertility and prosperity. Raindrops in this region are called “Eni-shizuku”, the raindrops of En, bonds and links between all existence. They are named after “En-musubi”, another mythical element of Izumo with the meaning of tying or anchoring a good En with oneself — in a nutshell it means to attract good fortune. Hoshino Resort KAI Izumo will host Eni-shizuku Pilgrimage to celebrate the good fortune of all guests who stay at the hotel between June 1st and 30th, during the typical rainy season in Izumo. 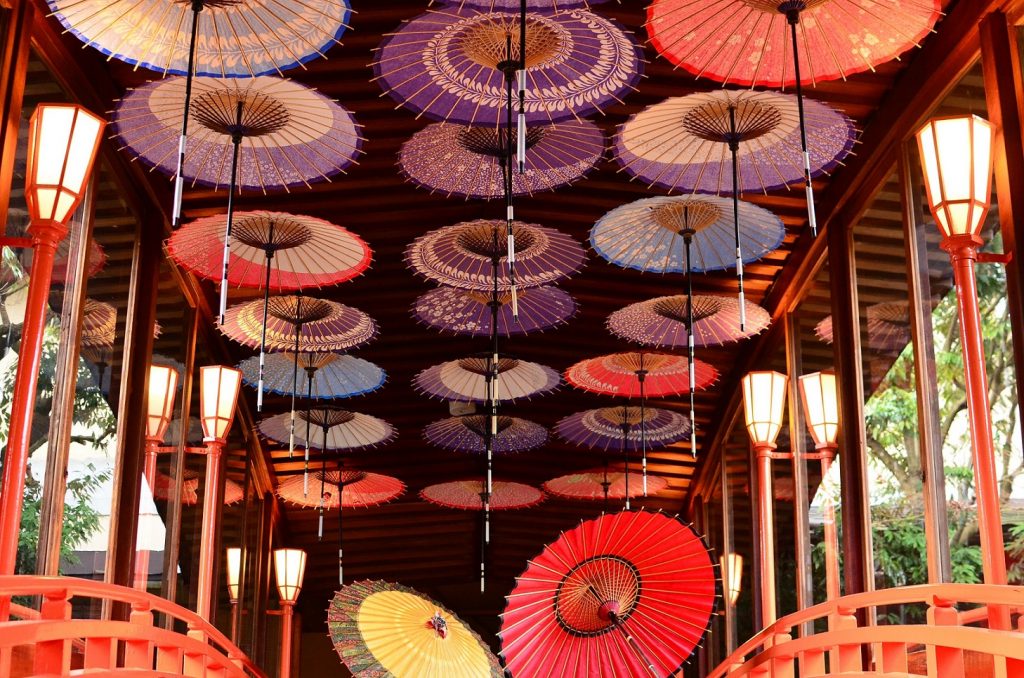 Countless wagasa, the traditional Japanese umbrellas, will brightly decorate the ceilings of the onsen lounge and arched bridge. These wagasa are produced in an atelier in Tottori Prefecture — another region well known for rain, wind, and snows — and each umbrella is given its own color and character. The decoration of raindrops around the umbrellas gives the feeling of strolling in Eni-shizuku, without actually getting wet in real rain.

At the Travel Library of Hoshino Resorts KAI Izumo, hotel guests can get new inspiration for their life by drawing an omikuji, a written divination (in Japanese) about a person’s near future; it will also tell a recommended place within the hotel where each guest can make their own good fortune. Omikuji offered during the Eni-shizuku Pilgrimage are called “Ama-oto Mikuji” (sound-of-rain omikuji) and are dedicated to raindrops during the rainy season, so guests can link themselves to good fortune brought by Eni-shizuku. Guests can tie omikuji to one of the wagasa, and they will later be consecrated at Tamatsukuriyu Shrine, about a 15 minutes walk from the hotel.