Hoshino Resorts, currently operating 58 properties within and outside Japan, will be opening 2 new properties in Osaka Prefecture. As the first in the Kansai area under the RISONARE brand, RISONARE Osaka (at Hyatt Regency Osaka) is scheduled to open on December 16, 2022, and in the winter of 2023, OMO Kansai Airport will open as the fifth OMO hotel in Kansai. Kansai is filled with a variety of attractions for sightseeing, including culture, history, food, nature and cities, and there are airports connecting cities in Japan and overseas. Hoshino Resorts’ properties provide unique experiences focused on the local charms of each destination and a high level of omotenashi, Japanese-style hospitality, with the aim to operate properties that can satisfy a variety of travelers’ needs and purposes. 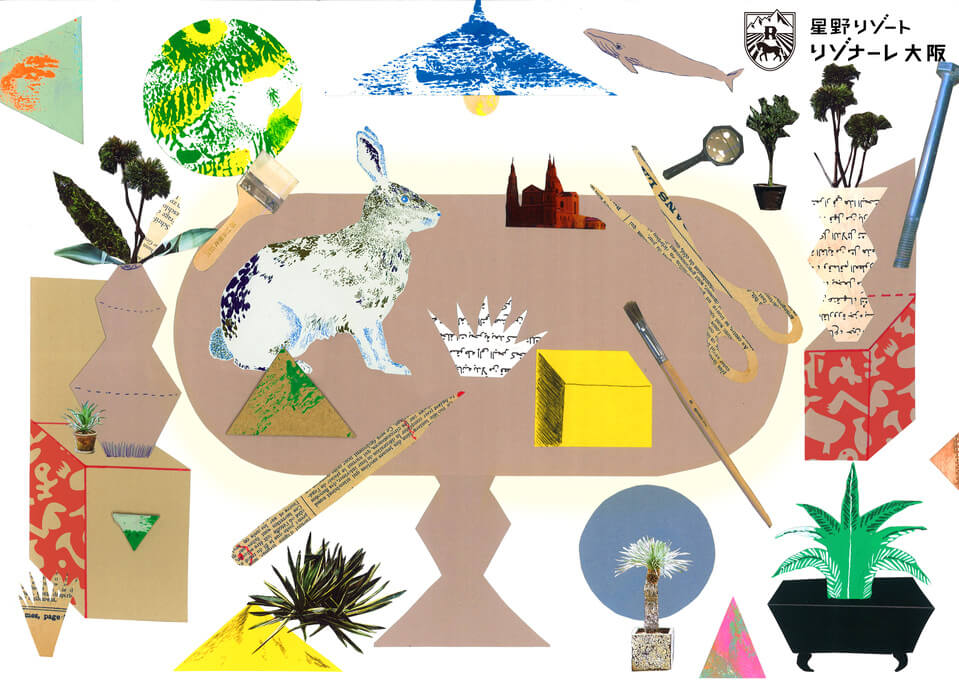 In collaboration with Machino Research Institute, an expert in the Reggio Emilia Approach, one of the most advanced infant education in the world that was introduced in Italy, RISONARE Osaka will offer Japan’s largest atelier that fosters creative thinking and concept rooms where the walls and windows can be drawn on as if it is one large canvas. The hotel aims to provide new value as a resort hotel that nurtures children’s creativity through experiences at these unique facilities. 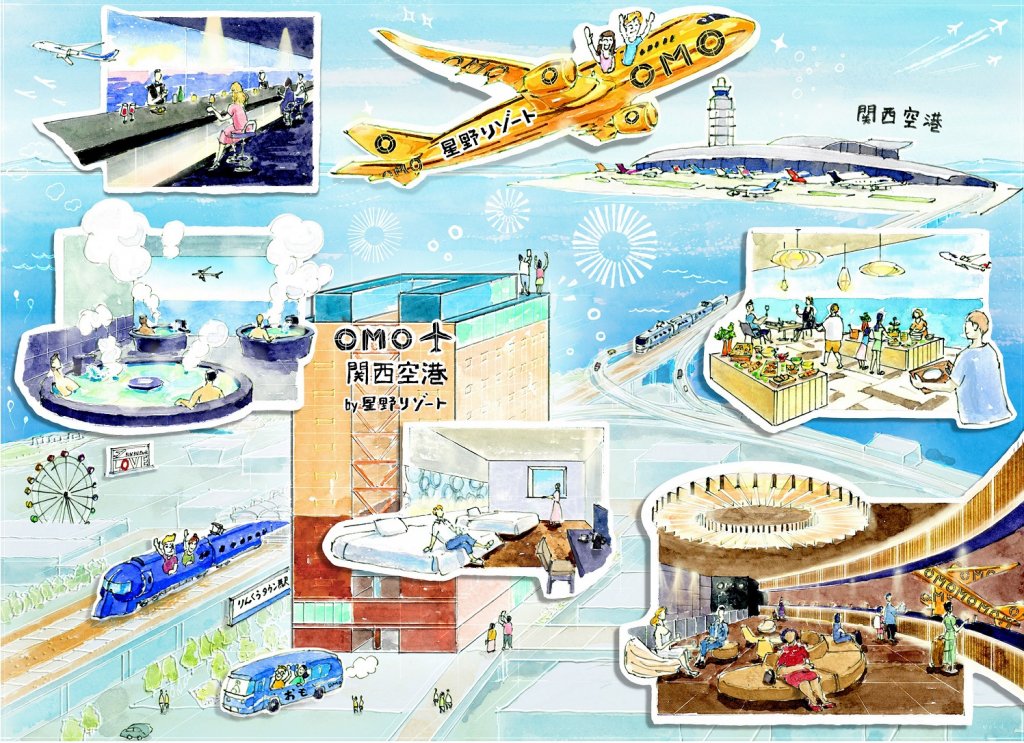 OMO Kansai Airport, the first airport hotel by Hoshino Resorts, will be located at Rinku Town Station, which is one station away from Kansai International Airport. The hotel offers not only the convenience of a smooth check-in/check-out and airport shuttle bus but also has facilities that will make travel more special such as a sky-themed restaurant and rooftop bar overlooking Osaka Bay. 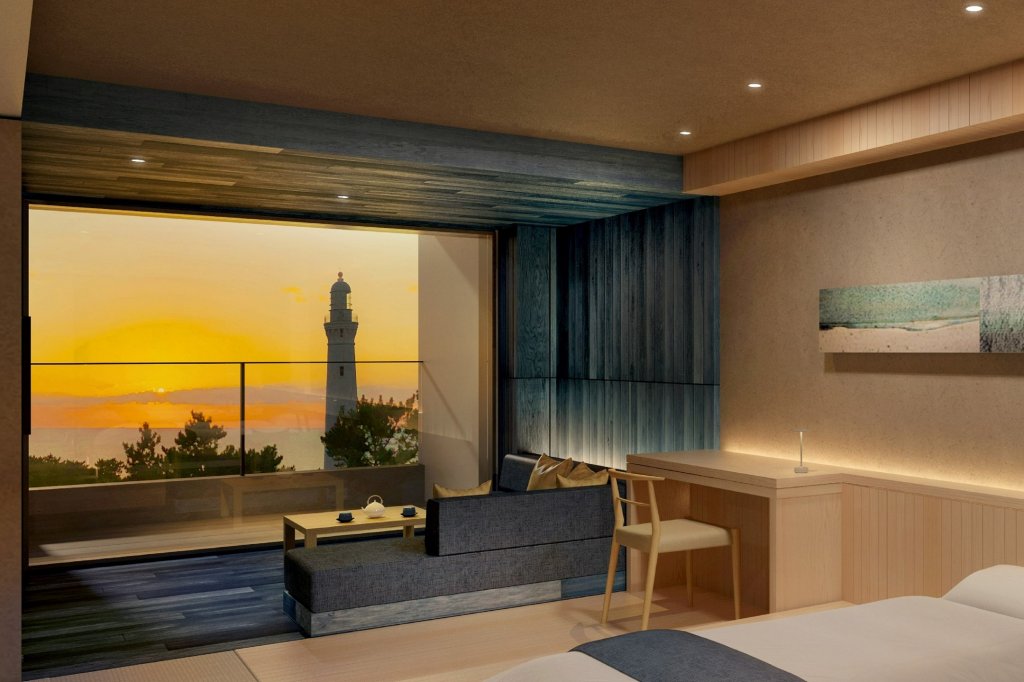 KAI Izumo will be opening at a location where the Hinomisaki lighthouse, at the westernmost point of Shimane Peninsula, and Izumo Matsushima islands, which is part of a National Park, can be seen. Guests will feel at ease with the views of the Japan Sea that spreads in front of the ryokan and the Hinomisaki lighthouse soaked in the sunset. Moreover, Izumo-taisha, one of the most ancient and important shrines in Japan, is about 20 minutes away by car. There are plans to make use of the sodium chloride (salt) spring water for purification of the body before visits to the shrine and other suggestions are offered for our guests’ stay. 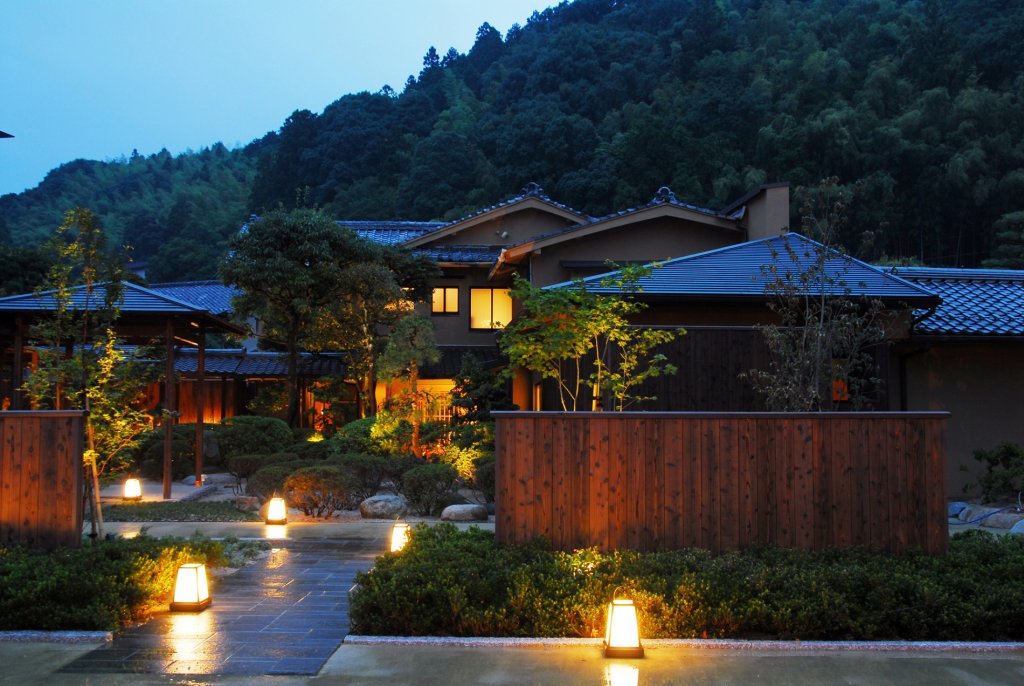 Since the Nara period, the spring water in Tamatsukuri onsen is known for beautifying the skin as it was once described in an ancient report as “you will look beautiful when you take a bath once and after the second time, you will recover from any disease.” Encounter regional art and entertainment through a performance called Orochi, a type of ceremonial dance performance, as part of the brand’s KAI Cultural Discovery program. Shimane Prefecture is said to be the birthplace of sake where guests can join a one-night and two-day program called Sake Bar Stay, to learn about the history and discover its taste. 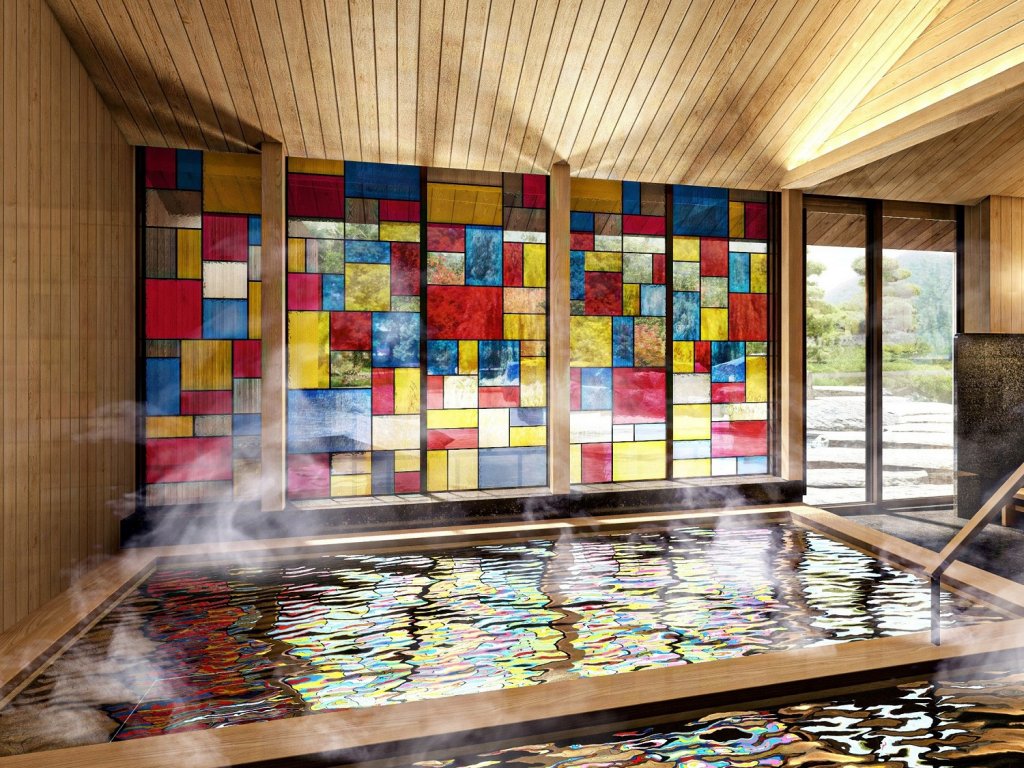 Unzen Onsen, located in Unzen-Amakusa National Park, is a characteristic hot spring area for its rising steam and scent of sulfur. It is a place that has a historical connection with foreign countries during the period of Japan’s seclusion. In connection with this history, the interior design incorporates elements of Nagasaki culture, which is a combination of Japanese, Chinese and Dutch cultures that have developed as various people and cultures came and went. Examples include the use of stained glass in the public bath, where this glass craft came into Japan from the Netherlands. Enjoy a relaxing time at this hot spring inn where the culture of Nagasaki is present.